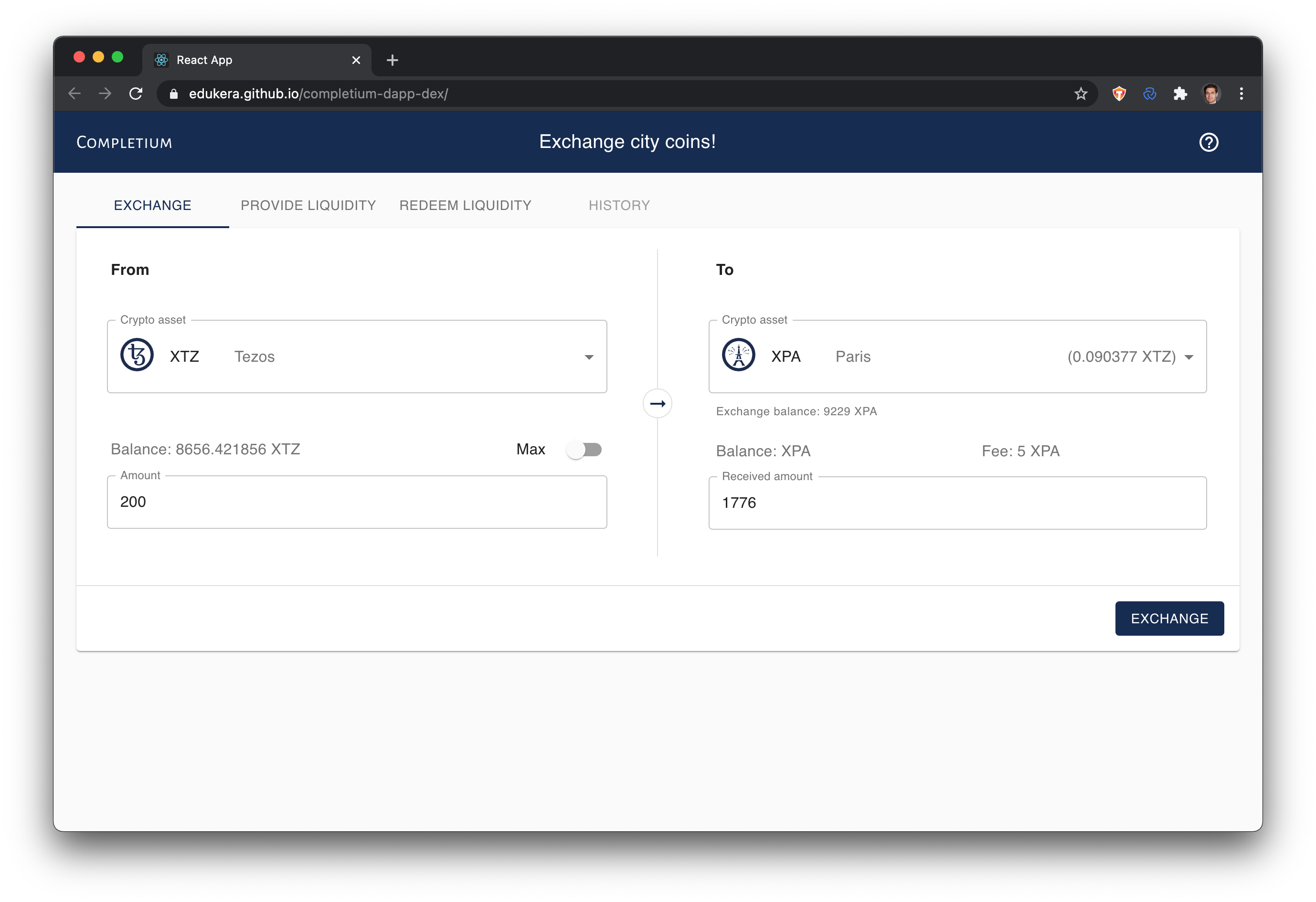 Year 2038. FIAT currencies have collapsed under nations' huge public debts, and a great reset in the economy has favorised the raise of City Coins: each main city is now emitting its own token for citizens and tourists to pay for public services (transport, museums, ...) and some affiliated retail shops.

When moving or traveling from one city to another, you need to exchange from one City Token to another.

Buy and sell City Tokens with the DEX!

A Decentralized Exchange (DEX) is a business that allows customers to trade cryptocurrencies or digital currencies for other assets in a decentralized way, that is without the need for an intermediary.

There is a pool for each each token from which tokens are withdrawn from and credited to. The quantity of tokens in the pool is noted p.

How to compute qB as a function of qA?

The principle is to consider that the product of pA and pB is constant; it is named constant product markets. Formally there exists a constant value k such that:

The quantities qB of Token B and qA of Token A are such that they keep the resulting pool quantities equal to this constant, which writes:

is the quantity left to increment the pool. The constant product market equation then writes:

At the beginning, pools A and B are empty and must then be initialized by providing liquidity to both of them, thus setting the initial exchange rate.

It is also possible to provide liquidity to the pair of of pool any time according to exchange rate. Transaction fees are transferred to liquidity providers in proportion to their liquidity ownership.

The section above presents the exchange principle between two tokens A and B. In the example DApp you can exchange between XTZ and the City Coins: each city coin's pool is associated to a dedicated XTZ (Tezos currency) pool:

Tokens ownership is managed with a FA 1.2 smart contract per Token. FA 1.2 is a specification of Fungible Token ownership for the Tezos blockchain; a FA 1.2 contract provides the following entry points:

A detailed presentation of the Archetype implementation is available here.

The DEX smart contract manages the XTZ pools, the interactions to the FA 1.2 contracts, and the liquidity ownership data:

When exchanging from one city token A to another B, the DEX actually generates two exchanges: